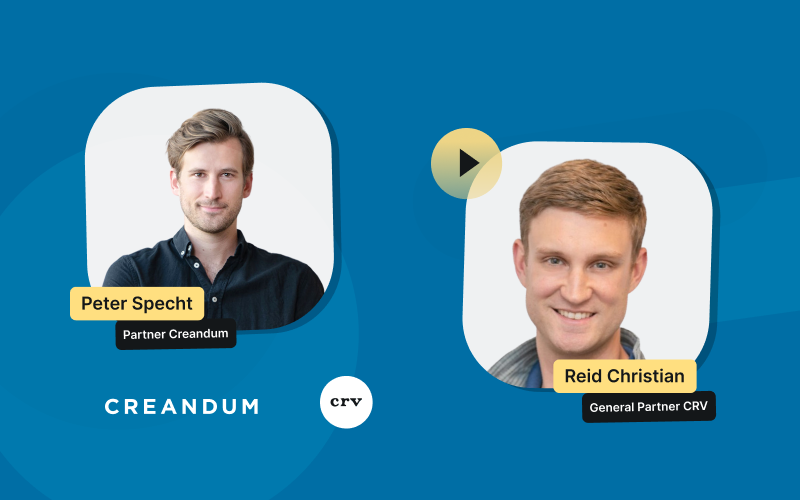 Reid Christian (General Partner, CRV) and Peter Specht (Partner, Creandum) join Abacum's CEO, Julio Martinez, to discuss the challenges and motions of fundraising in the current market conditions. They discuss the trends they are seeing in the market, the conversations they hear in investor circles, and the changing funding criteria of VC firms. In addition, they offer their advice for founders as they navigate and manage the heightened scrutiny of investors as we go through the market downturn.

Reid Christian is a General Partner at CRV, the venture capital firm that early-backed Hubspot, DoorDash, Twitter and Patreon, among others. He spent a few years in private equity and investment banking but, since 2015, has thrived in the VC world. Today, Reid serves as board member for scale-ups like Squire, Chromatic and Lokalise, and an investor for startups such as Postman and Wonderment.

Peter Specht is a Partner at Creandum, a venture capital firm that invests in early-stage technology companies. He began his career at an e-commerce startup in Southeast Asia and later on returned to Europe where he worked at Google and Bain. Since joining Creandum in 2017, Peter has joined the board of over 10+ companies including FactorialHR, Procuros, TWAICE and yababa.